While it was only a week ago that Spinnin’ Records took a retrospective look at the past year with its final Spinnin’ Sessions radio show for 2015, they’re starting the new year with a bang. Alongside the show’s typical selections of fresh tracks and exclusives from the Spinnin’ stable and beyond, this week it features a special guest mix from Dutch leviathan Tiësto. 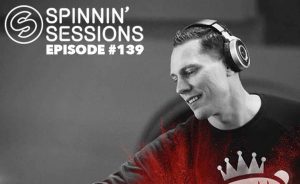 It’s a set that’s brimming with upcoming selections from Tiësto’s Musical Freedom imprint, so be sure to check it out for a glimpse into what the label has in store the coming year.