If you’re undergoing surgery, it’s quite possible you may get a cool surgeon who’s more into Goldie and Noisia than they are Bach and Beethoven. (Not that Bach and Beethoven are uncool. They’re very cool. Settle down.) In any case, you may want to ensure that your doctor doesn’t play Timeless at full volume while they’re cutting you up, because a new study suggests that surgeons who listen to drum & bass while operating are more likely to make mistakes. 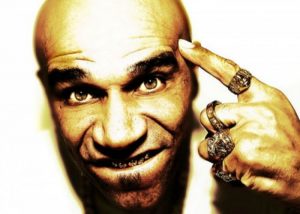 The research, done by the United Kingdom’s National Journal of Nurses, found that in scenarios where drum & bass was played in operating rooms, nurses often struggled to hear doctors’ directions, because the music was being played so damn loud, as drum & bass should be. With communication compromised, tension in the operating room was more likely to rise, and mistakes were more likely to be made.

The study placed small cameras in operating rooms throughout the UK and recorded more than 35 hours of footage. According to The Independent, music was played during 16 of the 20 surgeries examined—and is played in 50–70 percent of surgeries worldwide—with the doctor in charge usually selecting the soundtrack. Most modern operating rooms are outfitted with state-of-the-art sound systems.

In any case, if you’re about to go under the knife, it’s totally within your rights as a patient to ask your doctor to keep the volume down. Don’t, however, cut the music completely. Additional research has found that listening to music while operating can boost a surgeon’s skills and decrease stress in high-pressure scenarios such as cutting someone’s brain open. Insert Knife Party joke here.

Metrik Cracks the System With “Hackers”