Swedish techno hardman Adam Beyer earned a reputation as an uncompromising purist during his ascension throughout the ‘90s, though the past few years have seen him embrace a new versatility as a DJ. He’s now equally at ease slamming down the harder-edged techno as he is the deeper, more groove-focused sounds, and as a result he’s more in demand than ever before. He’s starting off 2016 with a bang with his new A-Sides Vol. 4 compilation. 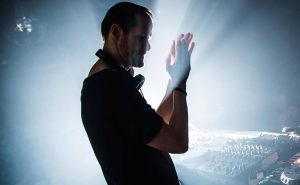 The compilation has just dropped on Beyer’s revered Drumcode label, and it’s the latest in a series that intends to draw together a selection of records that all pack a huge amount of peak-time appeal.

“All tracks individual, their unique characters bring an outstanding and electrifying aspect to the compilation that as a whole makes it something extremely special.”

Label boss Beyer has curated a huge amount of techno favorites to contribute to A-Sides Vol. 4. While his own offering stands alongside those from fellow Drumcode regulars like Alan Fitzpatrick, it’s also packed with recognizable names like Nicole Moudaber, Mark Reeve, Dubspeeka and many more across its 10 tracks.

You can grab A-Sides Vol. 4 now on Beatport. For all of those who like to try before they buy, the compilation can be streamed in its entirety below on SoundCloud.