While the talk recently has centered around the Pete Tong–backed Netflix movie XOXO, another dancefloor-related project is coming in August in the form of I’ll Sleep When I’m Dead, a documentary that chronicles the exploits of Dim Mak boss Steve Aoki.

Recorded in the lead-up to one of Aoki’s biggest ever shows, it’s described by Netflix as “a heart-pumping yet heart-wrenching documentary about one of the most eminent DJs working today.” 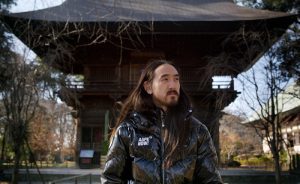 For those interested in a little more than festival footage and cake in faces, the documentary actually delves into Aoki’s relationship with his entrepreneurial daredevil showman father Rocky Aoki, who passed away in 2008 but still looms large in Aoki’s lfe.

I’ll Sleep When I’m Dead arrives on Netflix August 19; watch the trailer above.