Fresh from the release of his Wild Youth album, which he’s termed as the most important release of his career, former Swedish House Mafia member Steve Angello isn’t done yet with the strong artistic statements. He’s just released the video for the album’s next single, “Prisoner,” the sixth released for Wild Youth so far, and it’s a particularly visceral and powerful affair.

The intentionally cinematic video for “Prisoner” goes for nearly six minutes and centers on two brothers compulsively involved in the amateur Swedish motorsport known as folkracing. Angello spoke with SPIN magazine about some of the themes he wanted to explore. 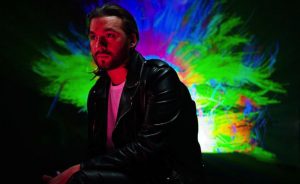 “I wanted to touch on the dark and almost maniacal side of Swedish culture,” Angello told SPIN. “Our creative partner, Made by Forest, sent me a treatment built around a story of two brothers heavily involved and almost obsessed with [folkracing]. It felt like a natural fit for the song, the perception of being a prisoner to your own feelings. The brothers’ passion and love for the sport is as big as my love for music, and I am very proud of the end result of this project.”

Forbes Richest DJs: How Many Years Must a Baker Bake to Make Aoki Cake?

Q of the Day: Whose Music First Inspired You?