Hamburg heavyweight Solomun has certified himself as one of the leaders of the house scene in the past few years, as boss of the revered Diynamic label that he regularly tours for showcases and festivals across the world, alongside a Pacha Ibiza residency that he returns to in May. 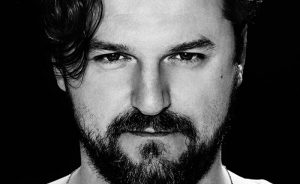 In addition to his status as an elite DJ, he also keeps a solid presence as a producer, and a new Solomun remix tends to be kind of a big deal. His reworks for indie-rock acts like Foals and Editors in particular have proved to be massive dancefloor hits, and he’s just returned with a reworking of “Everything Is Wrong” from NYC rockers Interpol, just in time for his summer sets.

Solomun crosses the spectrum of house in his sets, though it’s his rock remixes that often see him embracing the peak-time, and this is true for “Everything Is Wrong.” It arrives later this month with an additional extended “Solomun Stripped Remix” without the vocals.

Interpol’s “Everything Is Wrong” (Solomun Remix) arrives on Diynamic sister label 2DIY4 on April 29. Listen to a preview on SoundCloud above.

Spotlighting the Diynamic Artists at Factory 93