It’s arguable that Hamburg heavyweight Solomun has certified himself as one of the leaders of the house scene over the past few years, via the strength of his hard-hitting remixes. While he might be boss of the revered Diynamic label, alongside a high-profile Pacha Ibiza residency, his reworks for indie-rock acts like Foals, Editors and Interpol in particular have proved to be massive weapons on the dancefloor. 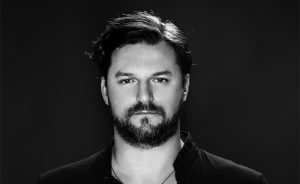 More than 20 of his best remixes have been brought together for the new two-CD compilation Selected Remixes 2009–2015, showcasing the many different sides of both Solomun’s DJing and production. The compilation takes in everything from mellow funk and hip-hop, right across to the peak-time house vibes he’s mastered the past few years.

Solomun’s Selected Remixes 2009–2015 arrives on Diynamic Music on July 1. Check out the track list, including the particularly huge remix of Foals’ “Late Night.”

Spotlighting the Diynamic Artists at Factory 93