It’s a sizable day of announcements for leading US electronic purveyor Skrillex. His new Worldwide Broadcast compilation will be released on his OWSLA label today, featuring 16 tracks that showcase the imprint’s roster of talents, and he’s just unveiled his collaboration with MUST DIE!, “VIP’s,” which will appear on the release. In the same breath, Skrillex has revealed he’ll join the likes of Eric Prydz with a residency on Apple Music’s Beats 1 radio service. 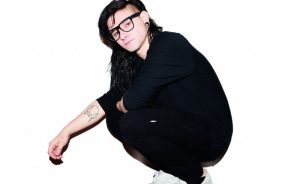 “OWLSA as a record label is a collective, and Beats is putting us on the map and really letting us do whatever we want,” Skrillex said when announcing his new OWSLA Radio show.

Skrillex will be DJing and chatting openly on the Beats 1 show every second Saturday at 3pm. He’s indicated he’ll use the program both to showcase the crew of artists on his L.A.-based label, as well as to just discuss all the new music that’s exciting him at the moment.

In the meantime, check out the brand-new “VIP’s” from Skrillex and MUST DIE! below, and wander over to the OWLSA website for more info on the Worldwide Broadcast comp set for release today.