In May, it was revealed that everybody’s favorite house and techno renegade, Seth Troxler, was taking a month off from DJing to climb Africa’s highest mountain, Kilimanjaro, as part of an effort to raise $1 million for the Cure Brain Cancer Foundation.

With Troxler announcing this week that he’s begun the climb, alongside it he’s also launched several charity auctions that will be searching for the highest bidder over the weekend. 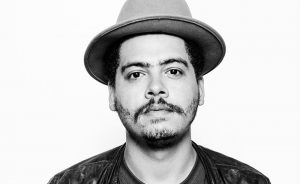 Three fairly awesome auctions are online at the moment, including the chance to bid for a selection of Troxler’s personal vinyl collection, as well as a dinner for 10 at his London restaurant Smokey Tails, plus a special backstage experience at the Eastern Electrics Festival in the UK.

Jump to the auction page for your chance to bid, and find out more about Troxler’s fundraising efforts over at his campaign page.

Seth Troxler Speaks Out on Why #NightLifeMatters