Nobody could have predicted back in 2012, when Richie Hawtin launched his ENTER. residency at Space Ibiza, just how successful it would turn out to be. Founded with the intention of cultivating, in Hawtin’s own words, “an eclectic mix of music programming, creative production techniques and cohesive design aesthetics,” it developed into a phenomenally successful residency that helped kickstart Ibiza’s techno obsession alongside long-running favorites like Sven Vath’s Cocoon parties. However, it’s looking like 2015 will have been ENTER.’s last in Ibiza. 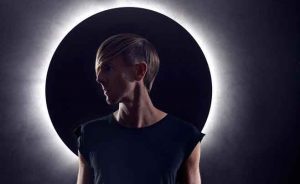 “After fours year of ENTER.Ibiza events at Space Ibiza, I’m proud that we have successfully presented the island with a new level of detail & creativity,” Hawtin said on his Facebook today. “However, it’s now time for ENTER. to TAKE THE NEXT STEP. in its development. Therefore ENTER. will not return to the island this season.”

Hawtin has indicated that individual parties around the world will now become the focus.

“ENTER. will continue to explore site specific events around the world based upon our core principles… As we continue on this new exciting pathway of EXPLORATION and DISCOVERY, I look forward to seeing all of you around the world for the next exciting chapter!”

While Hawtin’s diplomatic language suggests an amicable departure, speculation will inevitably link his decision to the management of Space Ibiza being handed over to the Ushuaïa Group, the EDM temple across the road from the club, home to the likes of Hardwell, Avicii and David Guetta. Carl Cox has already confirmed it’s the reason his 2016 residency will be his last.

“Once that happens, everything changes,” Cox bluntly told inthemix last year. “So I have no desire to stay in that club for any reason… And if I was going to stay, I’ll tell you now, it’d only be because they were giving me 1 million euros to DJ. I’d be like, ‘Wooo!’ every night. I’d get up for 90 minutes to mix and pocket €1 million playing all the records from Beatport, and there would be as many VIP tables as possible. I’d be smiling all the way to the bank.”

So what’s next for Hawtin’s ENTER. brand in 2016? Stay tuned to Insomniac.