In January, it was revealed that techno pioneer Richie Hawtin would be embarking on a mysterious new technology venture with Allen & Heath, called PLAYDifferently. There was speculation that the project would represent a new type of DJ controller, though specific details remain scant, referring only to a “new mixer” that would function like “innovative instruments for the professional DJ.” 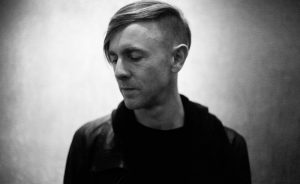 However, we’ll be able to find out for ourselves when Hawtin embarks on a special Prototypes Tour. The worldwide tour will see Hawtin joined by a formidable cast of underground talent—including the likes of Chris Liebing, Dubfire, Loco Dice, Maceo Plex, Paco Osuna, the Martinez Brothers, and many more—who will perform alongside him, using the new technology.

The Prototypes Tour will kick off at Sound in Los Angeles on Monday, March 14, and will continue on to iconic clubs and venues around the world, including Output in New York, Fabric in London, and Watergate in Berlin. Hawtin will also be making a stop at the SXSW Conference in Austin, where he’ll reveal to the public the finer details of what exactly the mixer is. 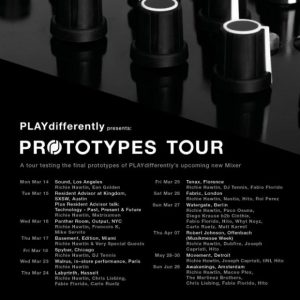 In addition, Hawtin’s Prototypes Tour will see him hosting festival stages both at Movement Festival in Detroit, as well as Awakenings Festival in Amsterdam.

“The ethos of PLAYDifferently is to create products that will magnify the individuality and expand the creativity of today’s generation of electronic music artists, producers and DJs,” Hawtin said earlier this month. “We hope to encourage and inspire creatives to PLAY Differently.”