In February, the dance world was shocked with the news that DJ/producer veteran Paul van Dyk had been hospitalized following an accident at a show, after he fell six feet from the stage at a party in Utrecht, Netherlands, that was part of the annual celebrations for Armin van Buuren’s A State of Trance radio show. PvD has been in treatment for his injuries since, and his management team has just released a statement on how the recovery process is going. 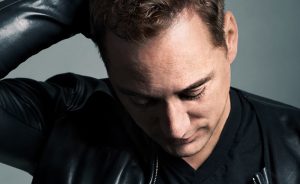 “Thank you for your countless messages, videos and well wishes. Paul is still in the hospital for further treatment. Given that he will need more time to recover from his injuries, all PvD performances until mid-June had to be canceled. For details regarding ticket refunds please check the relevant club/promoter website. We appreciate your support and understanding.”

Stay tuned for news on PvD’s potential return to the live stage in the second half of 2016.

Thank you for your countless messages, videos and well wishes. Paul is still in the hospital for further treatment….