Dutch noise merchants Noisia have held strong as one of the bastions of bass music, having wrought sonic outrage across drum & bass and dubstep for more than a decade. They’ll be one of the acts bringing the rumble at EDC UK next weekend, and just in time, they’ve announced their new Outer Edges studio album is on the horizon, with its first single, “Collider,” revealed.

“It’s about us exploring the outer edges of what Noisia is,” the trio said of their new album this week. 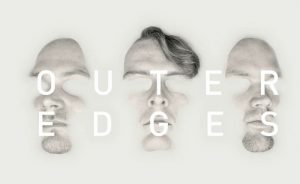 “The songs are like expeditions to far sides. If they go in a certain direction, we’ve taken them all the way. No concessions, not super DJ- or radio-friendly, and no collaborations or vocals.”

Noisia’s Outer Edges arrives on September 16. Watch the video for its first single above.