The longest-running dance music festival in North America returns for its 20th anniversary this year, and we’ve got some big news for you today: The initial list of musical conductors for your Nocturnal Wonderland 2015 experience has just been released! This is just the beginning of what’s to come this Labor Day weekend, as we take over the San Manuel Amphitheater and Grounds for four days and three nights of nonstop camping and dancing in the dark. We’ve made payment plans available, ensuring no one misses out on what is sure to be a milestone Insomniac event. For festival tickets and camping passes, check out the links below. 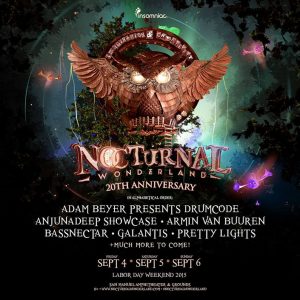