Denmark’s Mike Hawkins was one of the high-profile artists to exit the Spinnin’ Records stable earlier this year, in the wake of Dutch prodigy Martin Garrix’s own departure and associated legal action. At the time, Hawkins confirmed it was an amicable split that was based on his desire to pursue a different musical direction. We’ve now received confirmation on what exactly that direction is, as he’s just announced his partnership with Armada Music.

“Over the past five years, the electronic music landscape has gone through a crazy paradigm shift, and it feels like the time has finally come where substance matters over gimmick,” Hawkins said in a statement yesterday. 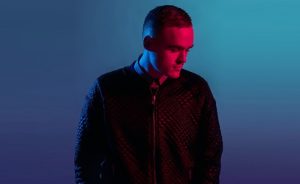 “I’m very happy and proud of every song I’ve ever released, yet at the same time, I’ve always felt a strong need to express myself in a wider sense—something which has been a big part of my evolution and maturation as an artist over the last year.”

Hawkins also spoke to Billboard yesterday about his decision to exit the Spinnin’ Records stable, confirming he’d been “yearning for something new, something deeper, something unique,” with the music he was making and releasing.

“I respect the Spinnin’ team and what they have done, and do for many of their artists, but personally for me, it was just not a great fit.”

His first shot out the gate is the single “Follow,” featuring Disfunk on coproduction and Oisín on vocals. It’s available now, and you can listen to a preview above.