This week is the big one, when the entire dance industry converges on the Dutch capital for the Amsterdam Dance Event (ADE), with the daytime conference attracting some of the industry’s biggest players and the evening drawing hundreds of thousands to its massive range of parties and events over five evenings. ADE is certainly a big deal, and Dutch prodigy Martin Garrix has decided he wants to be part of it in a significant way. 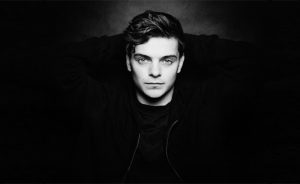 Garrix has announced that he’s releasing a whopping seven tracks across a week-long period, with a new track being unleashed every day. Because Garrix kicked off the deluge over the weekend, several tracks are already available to sample.

“Releasing these 7 tracks is my way of saying thank you for the ongoing support from my fans,” he said in a statement. “I can’t say it enough, I wouldn’t be where I am today without you guys!”

This week should prove a high point of what’s been a particularly fruitful year for Garrix. Over the summer, he revealed that he’d signed with Sony Music International, which is now taking care of worldwide distribution for his recently launched STMPD RCRDS label.

Above, you can stream the first single, “Spotless,” which is also available on Spotify and Apple Music.