Following his very public split with the Spinnin’ Records stable last year, fans have been waiting patiently for news of what Dutch prodigy Martin Garrix would be doing next. With the Miami Winter Conference just around the corner, Garrix has finally revealed what he’s got planned for 2016, with the launch of his new STMPD RCRDS label and a big new vocal single.

Garrix will launch the new imprint with an intimate showcase in Miami with support from Arty, Jay Hardway and Julian Jordan, and he says he’s hoping with the new imprint to showcase new material from his producer friends, as well as upcoming talent. 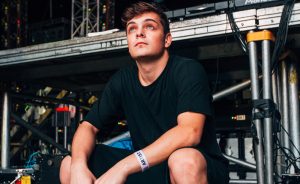 “My aim with STMPD RCRDS is to foster an artist-first community to support great music. It’s important for young, undiscovered talent and veterans alike to have a support system that is invested in and dedicated to their success above all else,” Garrix said in a statement.

His first release on STMP will be a rather massive-sounding new anthem, “Now That I’ve Found You,” featuring the vocals of John & Michel. Garrix confirms it’s a reworking of his former instrumental track “Don’t Crack Under Pressure,” and that he successfully road-tested the new version during his set at EDC Mexico at the end of February.

Martin Garrix’s “Now That I’ve Found You” is out STMPD RCRDS now! You can listen to the full track on Apple Music below.