Last month, Maceo Plex revealed he’d be undertaking an adventure that would see him taking full advantage of his presence in Ibiza this summer season, with a journey that involved him playing 10 different DJ sets in 10 iconic spots across the island.

It was part of a concept that aimed to showcase “the island’s mosaic of sounds and magical places,” and we now have it showcased in a rather awesome aftermovie that really does highlight both the natural beauty of the island, as well as why it’s still such a prized destination for clubbers worldwide. 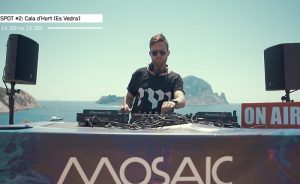 Venturing across several incredibly picturesque spots on the island, his adventure eventually peaks with his own high-profile Mosaic by Maceo residency at Pacha Ibiza, before continuing well into the morning. Soak up some of those Ibiza vibes with the video above.