German techno stalwart Loco Dice has proved his expertise when it comes to moving dancefloors, but now he’s putting his energy into moving his fanbase to donate to a worthy cause, via fundraising for the Kliptown Youth Center in the South African township of Soweto.

The Desolat boss will be fundraising alongside the Bridges for Music nonprofit organization, a partnership that kicked off last year when he took part in a tour and series of workshops in South Africa. The youth center, which struck a particular chord with the DJ/producer, has provided a creative refuge for young people in Soweto over the past 30 years. 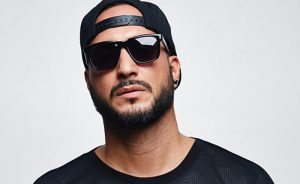 “The Kliptown Youth Center is a heartfelt issue which really moved and inspired me,” he says. “I feel my African roots, and I remember how important a local youth center in my hometown Düsseldorf was for me. There is music in the Kliptown Youth Center, and there are kids who otherwise might not have a chance to create and express themselves.”

While Loco Dice says he’s chosen not to speak openly in the past about the causes he’s supported, in this instance, he says the word needs to be spread.

To join Loco Dice in supporting the cause, jump on over to the fundraising page.

From Hip-Hop to House: The Layers of Loco Dice