Last year, it was announced that the seminal Essential Mix radio show would be going on the road in the US during 2016 for a special series of live gigs, with the first show set for L.A. in January. The party went down at Exchange last weekend, with techno stalwart Richie Hawtin on headlining duties, and the recording is now available to stream on the BBC1 website. 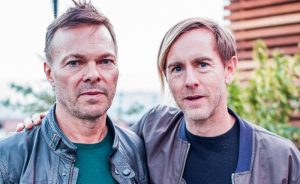 Insomniac spoke with Essential Mix host and club culture figurehead Pete Tong earlier in the month about his decision to bring the show to Los Angeles, and he nominated the city as the current electronic music capital of the world.

“It’s been well documented that Los Angeles has become this kind of hotbed of creativity for the electronic community, with more and more artists, producers, DJs and musicians moving to California… with more and more collaborations going on,” he said. “So, I think that’s one of the reasons to come and actually put the radio station on the ground and reflect a bit of that and talk about that in a face-to-face sort of situation.”

Listen to Richie Hawtin’s performance on the BBC Radio 1 website.