Italian DJ/producer Joseph Capriati has been rising through the techno ranks the past few years as part of the Drumcode family, alongside Adam Beyer, and earning a rep as a craftsman DJ who really brings the noise. We’ve been given the opportunity to hear him in his element via a six-hour set that was recorded live on the hallowed dancefloor of Fabric London.

“Joseph Capriati has been playing for us for over five years now. It’s been a bit of a journey to witness his incredible rise as an artist. We’ve really felt privileged to be part of his story,” the club said this week. 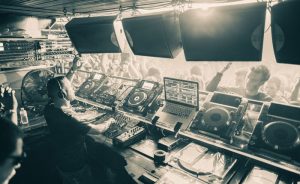 “This April saw him step into the Room One booth for the first time, where a five-hour advertised set turned into six. Its significance was in turn felt by Capriati just as much as those who shared it with him, allowing us to archive the set online.”

It’s Official: Fabric London Will Reopen After Striking Deal With Council and Police