In a little over a week, Amsterdam will become inundated with thousands of artists, gear heads, oontz-enthusiasts and industry types, as they all flock to the annual Amsterdam Dance Event. A place where business meets pleasure, ADE is an all-encompassing event series that virtually touches on every aspect of dance music, through venerated conference programming, game-changing keynotes, endless networking opportunities, loads of gadget demos, and a club crawl spread across more than 100 legit venues. Insomniac Records is squeezing itself into the action this year, taking over oaK on October 19 for their first-ever ADE showcase. Banging it out on the four-way custom-made sound system is a respectable list of names including MK, Redlight, Chris Lake, My Digital Enemy, KC Lights, Après, Blacksoul and Baggi.

Before the event pops off, we’re also excited to reveal a brand-new compilation album for the affair, dropping on Insomniac Recs this Friday. The team is keeping advance listens under a tight lid until the release date, but they are willing to sneak in a look at the album art and full track listing. Peep both of them out below, and make sure to keep your eyes peeled for the full stream of the comp when it hits the streets at the end of the week. 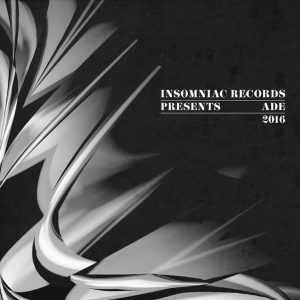