Scottish DJ/producer Grum successfully reinvented himself last year from electro/pop crosoover star into a cutting-edge source of trance and progressive. Delivering a slew of high-impact remixes and originals, he was eventually nabbed by Above & Beyond to release music on their reigning Anjunabeats label this year. Here’s a chance to listen to him at his peak. 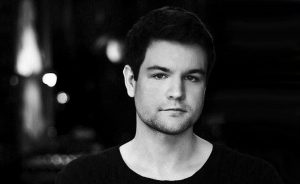 Last month, Grum helped warm up Above & Beyond’s massive Group Therapy 150 party in Sydney, which was broadcast to tens of millions around the world, as well as adventuring into the deeper platitudes when he also played the Anjunadeep after-party later in the evening.

The latter set was posted online, and it was good enough that Anjunadeep label boss James Grant offered it his personal stamp of approval this week.

Sound enticing? Have a listen to the “masterclass in programming” above.

For Anjunadeep Rising Star Yotto, Music Is a Family Affair

Jody Wisternoff and the Anjunadeep Imprint