Something interesting has been going on behind closed doors at the Hardwell science lab. He’s created his own “bot” for the Facebook Messenger mobile app, with the express aim of providing his global fanbase with a “more inclusive and personal experience.” 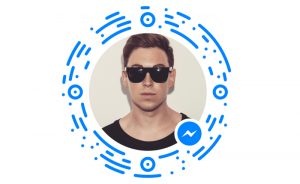 The intention is to offer fresh and exciting ways for Hardwell to interact with his fans. One of the examples provided so far relates to his Hardwell on Air radio show, which currently has a global audience of around 50 million people, with the bot allowing listeners to connect directly with Hardwell while he’s hosting the show.

Fans can record audio directly through the Messenger app and hear it broadcast as part of the “Fan Shout-Out of the Week” feature. They can also vote for their top three favorite tracks, among other features.

Hardwell promises plenty more ways the app will allow fans to interact directly with the DJ/producer. They can submit fan art to be featured on Instagram and Twitter, ask questions about where he’s DJing this weekend, or find out the next time he’ll be coming to visit their town.

What are you waiting for? Hardwell’s Messenger bot is ready to chat with you now.