Dutch titan Hardwell isn’t averse to giving away free stuff to his fans, starting off the year with a free track giveaway and also giving away all sorts of studio goodies when his Revealed Recordings label passed a recent social networking milestone. He’s just done it again with his new track “Wake Up Call,” which he’s giving away free, with no strings attached. 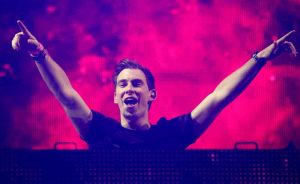 While it’s a record that’s certainly prepped and ready for mainstage euphoria, there’s a certain appearance by a recognizable hardstyle kick drum that offers it an extra turbo power boost.

Hardwell’s “Wake Up Call” is available now as a free download—listen below.