For the first time ever, the majestic soundscapes of EDC will rise in South America at the inaugural EDC Brasil later this year. Tens of thousands of Headliners, performers, night owls and music-lovers will congregate Under the Electric Sky and become a part of dance music history. No one knows what adventures the night will bring, and if you’re like us, that’s an enticing premise. While December may seem a bit away, you can start getting in the mood by checking out EDC Brasil’s musical lineup below. 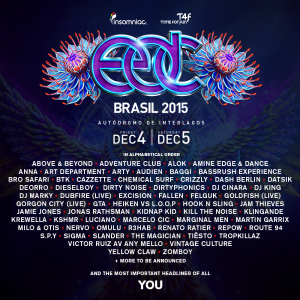