“Jusqu’ici Tout Va Bien” is French for “so far, so good”; it’s the statement that accompanies DJ Snake’s new video, which looks back over what was certainly a huge year for the successful DJ/producer. The video captures plenty of international travel and performing at massive festival stages, reflecting the fact that it was Snake’s biggest year to date. 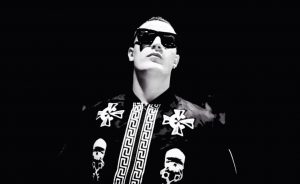 2015 saw him team with Diplo to deliver one of the year’s most important and influential records with “Lean On,” following on from the previous smash hit he achieved in 2014 with “Turn Down for What.” While he was forced to briefly withdraw from the touring circuit after suffering injuries in a car crash in late October, it was a small blip in a year that was big in pretty much every way, which the footage in his new video demonstrates clearly.