Detroit legend Derrick May is celebrating the 30th anniversary of his Transmat label this year, making it one of the oldest, most influential and enduring dance imprints ever, and he’s announced the label is entering its anniversary year with a bang in the form of four new EPs. 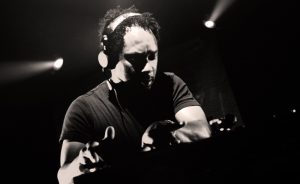 An impressive selection of artists are being showcased on the new EPs. First up, Israeli duo Deep’a & Biri has a new release incoming, as does Japanese veteran Hiroshi Watanabe. Meanwhile, French producer Karim Sahraoui will release the next installment from his 2014 Eternal Life EP, while collaborative duo Azimute will also drop a new release.

Considering the Transmat label is among the first of anything or anyone in the dance music world to reach its 30th anniversary, it’s safe to expect more coming in 2016.