Alongside the experimental music he’s constantly sharing, the in-progress Kaskade collaborations, and the ongoing soap opera of his social networking presence, it’s easy to forget that deadmau5 hasn’t released any official music since his sprawling while (1<2) double album in 2014. This changed over the weekend with the release of “Snowcone.” 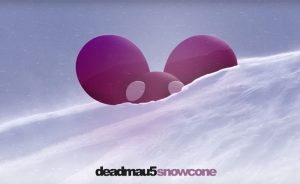 The new single definitely sees deadmu5 exploring some mellower, more downbeat platitudes. This should represent the first in a steady new stream of music, with deadmau5 confirming earlier this year that his next album is well underway, and his rather epic new studio—housed inside a gothic Canadian countryside estate—taking shape.

deadmau5’s “Snowcone” is available now on his mau5trap imprint. Listen to a stream above.