The lead-up to the release of the Daft Punk Random Access Memories album in 2013 was one of the most torturous and drawn-out in the history of dance music. Fans were forced to endure an eight-year wait after 2005’s Human After All, with news of the pair entering the studio again emerging as early as 2008. Fans have learned there’s a lot of waiting involved in following the iconic French duo; nonetheless, news they’re recording again is treated as a celebration.

The unexpected revelation has emerged this week that Daft Punk are indeed back in the studio, recording with chart favorite the Weeknd. The scoop was nonchalantly dropped by an executive from the Republic Records division of Universal Music, while speaking as part of a “hitmakers roundtable” that was hosted by Billboard last month. 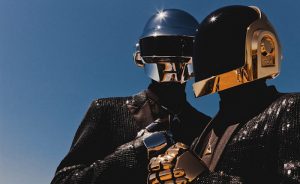 Funnily enough, the original story was published more than a month ago, and it would have gone completely under the radar if the intrepid YourEDM hadn’t stumbled across it.

“Actually, we have a session coming up in two days with the Weeknd and Daft Punk, and I’ve always been a massive Daft Punk fan,” Wendy Goldstein replied when asked if there were any dream artists she’d like to work with.

“This is the first time I’ve been involved with an artist who’s going to go and work with them,” Goldstein said of Daft Punk.

As it turns out, the Weeknd himself offered a rather cryptic clue via a Facebook post featuring Daft Punk action figures. Check it above, and start holding your breath for the new album!

The Weeknd: “I Wanted to Make an Entire Album Like Frankie Knuckles and Chicago House”