Tomorrow, rising trap favorite Baauer drops his debut artist album, Aa, a guest-heavy effort that sees him teaming with an impressive cast of hip-hop names—including Future and Pusha T—and is destined to be the album that sees him transcend any kind of novelty associated with the massive crossover success of “Harlem Shake.”

On the eve of its release, Baauer has unveiled what’s destined to be its biggest record: his collaboration with M.I.A. and South Korean star G-Dragon. While “Temple” is a universe away from the easy thrills of “Harlem Shake,” it’s nonetheless got huge crossover potential. 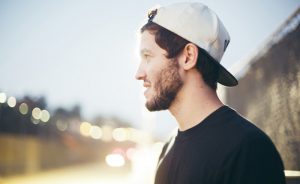 In the leadup to the release of Aa, Baauer spoke to Rolling Stone last month about the huge success of “Harlem Shake” and how its success led him in the opposite direction from chasing mainstage fame, choosing to put out his record on leftfield Scottish label LuckyMe.

“Just getting the smallest little touch of that experience was too much for me,” he said.

Baauer’s Aa arrives on LuckyMe records on Friday, March 18. Listen to “Temple” above.