EDC has been on an international excursion, touching down in locales all across the globe. While some cities will see their first edition of the festival in the coming months, others have been celebrating the Carnival for years.

When Insomniac first launched EDC Mexico in 2014, we had no way of knowing what a proclamation of our culture it would become. Headliners south of the border have consistently fostered a community of togetherness, and we’re eager to recreate it once again.

EDC Mexico 2016 takes place February 27-28 at Autódromo Hermanos Rodríguez. Save the date now, and stay tuned for more details on what promises to be an unforgettable show. 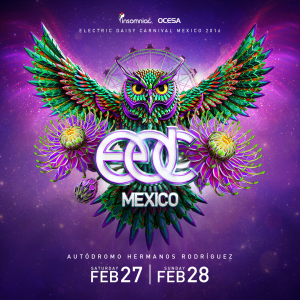