Club culture has lost one of its truly influential innovators, with news emerging this morning that Chicago DJ/producer DJ Spank-Spank has passed away. 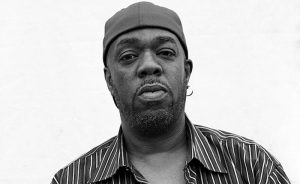 Spank-Spank, DJ Pierre and Herb J comprised the famous trio Phuture, which formed in the mid ‘80s and produced “Acid Tracks”—the first record to feature that unforgettable squiggly sound that emanates from a Roland 303, and considered the first-ever acid house track.

Known by his family as Earl Smith, DJ Spank-Spank suffered a stroke earlier this year and underwent surgery not long after. “Much love for all the support pouring in for our brother Spank Spank. Phuture will survive,” the recently reformed Phuture wrote on their Facebook at the time. The Black Madonna broke the news of Spank’s passing today.

Rest in power .@djspankspank one of the true innovators of the acid sound. Love and strength to @djpierre and Phuture family. ❤️

DJ Spank-Spank reformed Phuture alongside DJ Pierre several years ago. They spoke of it being the right time for dance music to go back to its roots before moving forward again.

“The name of the group is ‘Phuture.’ I think we should be the innovators, instead of the followers. We gonna go back and do what we used to do, but we’re gonna add something to it as well.”