Back in September, it was announced that Above & Beyond would be releasing Acoustic II in 2016, and they’ve now revealed details on the tour that will accompany it. The album itself is tentatively set for release in the second quarter of next year, and it will be followed by a tour across three continents, which sees them playing some of the most prestigious venues in the world. Among them are Sydney Opera House, the Hollywood Bowl and London’s Royal Albert Hall. 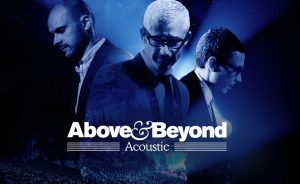 “We had so much fun doing the first run of acoustic shows, and it was really the reaction from our fans that convinced us to tour it more extensively,” the trio said in a statement today. “We’ve ticked some pretty impressive venue boxes with this tour—somebody pinch us!”

Acoustic II will be the sequel to the surprisingly successful 2014 album that accompanied the unplugged mini-tour from Above & Beyond, which saw the trio reworking their back catalog in an intimate live setting, with the help of a 15-piece orchestra.

It’s been confirmed the album will again see them collaborating with producer Bob Bradley, this time reworking a selection of tracks from their We Are All We Need album that dropped in January. They’ve also confirmed tracks like “On My Way to Heaven” and “No One on Earth” will be among the others from their back catalog that get an acoustic reimagining.

Check out the tour dates below, plus the trailer that includes a reimagining of the trio’s otherwise powertrance anthem “Hello.”