Every year, reigning trance trio Above & Beyond take their Group Therapy radio show to a high-profile location to celebrate its clocking in another 50 episodes. Previous locations have included Sydney, Australia, as well as their gig at the seminal Madison Square Garden in NYC. The party is broadcast live in its entirety, over radio and YouTube, to an ecstatic audience of tens of millions of people who don’t hesitate to show their love to the #trancefamily online.

This year, #ABGT200 will be heading to another dance capital: Amsterdam. The big show is set for September 24 at the city’s Zigo Dome, which hosts some of the Dutch capital’s bigger events during the Amsterdam Dance Event conference in October. 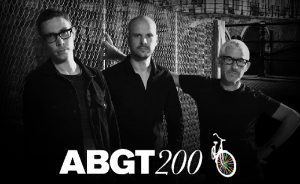 Expect more details to be rolled out in the lead-up to the #ABGT200 simulcast in September. In the meantime, check out the official launch trailer above.